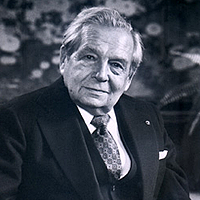 The name of “Harry Winston” is known as one of the world’s most prestigious jewelry companies. It is a name linked to most beautiful jewels, settings, and to luxury and exclusivity. Inspired by the endless energy of New York, Harry Winston opened his doors in 1932, and began a process of transformation, turning diamonds into art and revolutionizing modern jewelry design. Every piece of Harry Winston jewelry begins with a study of the individual gemstones to inspire a unique and extraordinary design. This diamond-driven style is a collaboration of efforts and skills — gemologist, designer and craftsman — working together to create impossibly beautiful jewels. Using near invisible platinum settings, stones are meticulously set by hand to achieve the perfect dimension, proportion, and angles of reflection. The signature and standard of Harry Winston jewelry designs is the diamond-driven style that produces a quality and aesthetic that endures.

The company is named after its founding father, Harry Winston, who started his business from a small shop in Manhattan’s Upper West Side, and went on to be as famous as the diamonds and jewels he collected and sold. Harry Winston was a second generation immigrant to the United States. Winston’s father, Jacob, had emigrated from the Ukraine in 1890 and established a small workshop and jewelry repair shop in Manhattan with his wife that same year. Harry Winston was born six years later in 1896 and was brought up under his father’s guidance, learning about precious stones and jewelry first hand. When Harry was seven his mother passed away and the family moved to California to establish an outlet in Hollywood. It was during this period that the legend of Harry Winston began. A common story is told that at the age of twelve Winston brought a ring from a junk tray in a pawnshop. Winston was said to have recognized the two-carat emerald and bought it for 25 cents, two days later he supposedly sold it for $800.

Winston soon began purchasing jewelry from estate sales, in which precious jewels were available for purchase cheaply because the settings were old fashioned and out of style. Winston refashioned the stones with new settings and sold them for a large profit. In 1925 he purchased the jewelry collection of Rebecca Darlington Stoddard, a wealthy Pittsburgh coal and iron heiress for $1million, and the following year he purchased the celebrated collection of Arabella Huntington for $2million. His practice of purchasing estate jewelry and refashioning the pieces for resale made Winston a wealthy man again. In 1930 he gained national fame with his purchase of the Baldwin collection, which included a 39-carat emerald-cut diamond.

The Hope Diamond was joined by the sapphire of Catherine the Great, the Star of the East, the Inquisition Necklace and others. The Court of Jewels was another expression of Winston’s love of gemstones. He wanted to share the beauty of a well cut gem with the public. This desire led to the donations of the Hope Diamond in 1958 to the Smithsonian Institution, the Portuguese Diamond in 1963 and the Oppenheimer in 1964.