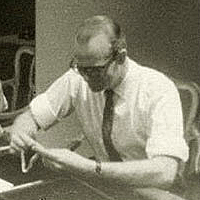 In the late 1940’s on Manhattan’s Madison Avenue, the doors opened to the flagship store of one of America’s greatest jewelry manufacturers: David Webb (Founded 1945). Webb’s designs are distinguished by a bold use of color, dimension, and meticulous attention to detail. David Webb is possibly best known for his enamel jewelry of animal themes, where frogs look like they could jump off of the wearer’s cuffs or lapels, and bangles host zebras, crocodiles or intertwining dragons. These pieces have been beloved by socialites and Hollywood for more than sixty years. Webb’s designs also include carved crystal, abstract enamel designs, mixed with an eye catching combination of diamonds and semi-precious stones. Design inspiration came from many sources. Taking the animal kingdom as inspiration, Webb used enamel and colored stones to bring the creations of his imagination to life. Other important influences on his design sense included Faberge, Cellini, and other master jewelers from the 1800’s and early 1900’s who approached jewelry as art, not a commodity. He was also taken with the aesthetics of the ancient Greeks, Chinese, and Egyptians. The boldness of these designs was reinterpreted to suit the modern era using modern materials. The result was a look that established David Webb as a groundbreaking jewelry house and the destination for statement jewelry.

Tragically, David Webb died young of an aggressive form of pancreatic cancer in 1975 but not before leaving an incredibly rich and diverse archive of bold, beautiful and intricate jewelry to be treasured and carefully preserved for generations to come. To this day, his vision and legacy are carefully preserved by Nina Silberstein, his original business partner and her family in the Manhattan atelier bearing his name. Each piece is still carefully crafted from start to finish by skilled artisans in a workshop located above the flagship Madison Avenue store, the last of its kind in New York City. David Webb original jewelry still remains highly collectible.